The One That Got Away

"The One That Got Away" is the sixteenth episode of the third season of 9-1-1, and the forty-fourth episode overall. It aired on April 27, 2020.

The 118 fights an apartment building blaze and attempts a daring rescue of a deaf woman trapped inside. When Athena responds to a simple accident call, she discovers a potentially more sinister crime. Meanwhile, Hen performs a risky medical procedure after an accident at a televised cooking show and Buck meets a retired firefighter and is inspired to reunite him with his lost love. [2] 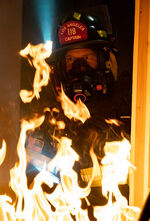 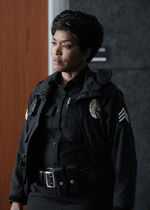 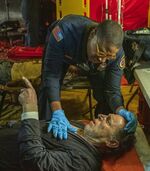 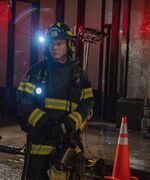 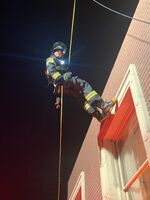 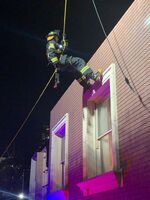