"A Whole New You"

Season Two
Season One is the first season of 9-1-1.

From prolific creators Ryan Murphy and Brad Falchuk, new procedural drama 9-1-1 is a fast-paced exploration into the lives and careers of first responders – cops, paramedics, firefighters – the people who put their lives on the line to save others. Starring Academy and Emmy Award nominee and Golden Globe winner Angela Bassett (“American Horror Story,” “What’s Love Got to Do with It”), the series is based on the real-life, high-pressure experiences of emergency response providers who are thrust into heart-stopping situations that are equal parts unpredictable, intense and uplifting. These emergency responders must try to balance saving those who are at their most vulnerable with solving the problems in their own lives. Emmy Award- and Golden Globe-nominated actor Peter Krause (“The Catch,” “Six Feet Under”) and Emmy Award-nominated actress Connie Britton (“Nashville,” “Friday Night Lights,” “American Horror Story”) have been cast in lead roles. Oliver Stark (“Into The Badlands”), Aisha Hinds (“Shots Fired,” “Underground”), Kenneth Choi (“The People v. OJ Simpson: American Crime Story”) and Rockmond Dunbar (“Prison Break,” “The Path”) have been cast in series regular roles. 9-1-1 is produced by 20th Century Fox Television in association Ryan Murphy Television and Brad Falchuk Teley-Vision.[2] 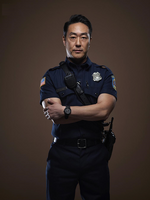 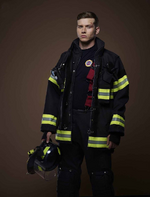 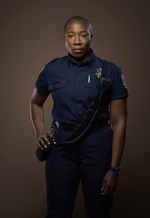 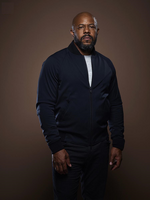 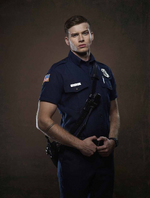 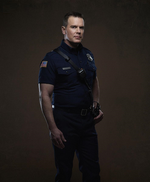 Preview Everything Coming To FOX This January FOX BROADCASTING