"Heartbreaker"
"Point of Origin" is the fifth episode of the first season of 9-1-1. It was written by Erica L. Anderson and directed by Gwyneth Horder-Payton. It aired on January 31, 2018.

The crew races to an emergency when disaster strikes at an Indian wedding. Abby enlists the help of Buck to try and find her mother and, for the first time, meets Athena face-to-face. Meanwhile, Bobby has a difficult time confronting his past and Hen struggles to make the right decision.[2] 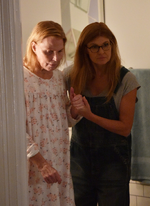 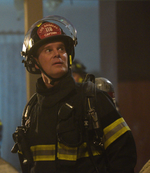 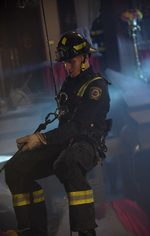 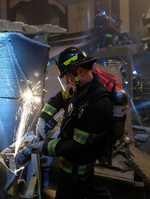