"Pilot" is the first episode of the first season of 9-1-1. It was written by Brad Falchuk & Ryan Murphy & Tim Minear and directed by Bradley Buecker.

It takes a team of people to help answer the famous question, "911, what's your emergency?" Detective Athena Grant works as a member of the police force, handling cases that require her sharp mind and expertise, while also trying to juggle her own family drama. Bobby Nash and his team of firefighters help execute the daring rescues that often come along with these life-threatening situations. Meanwhile, Abby Clark spends her days taking and fielding emergency calls at the 911 call center, but constantly desires to know what happens after she sends help.[2] 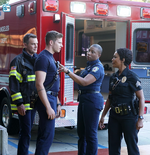 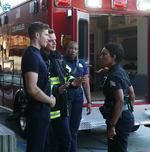 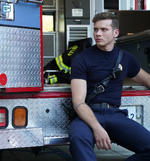 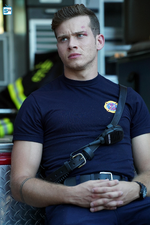 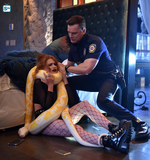 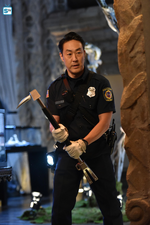 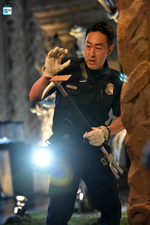 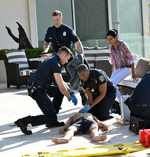 Someone Calls Abby For An Emergency Over Nuggets Season 1 Ep. 1 9-1-1