Help Is Not Coming

"Help Is Not Coming"

"Stuck"
"Help Is Not Coming" is the third episode of the second season of 9-1-1, and the thirteenth episode overall. It aired on October 1, 2018.

The first responders continue to deal with the fallout of a massive earthquake and its deadly aftershocks. Athena tries to keep the peace as Bobby and team continue to rescue victims from a collapsing high-rise hotel, both under the rubble and high above the ground. Maddie's first day on the job involves helping a pregnant couple deliver their baby safely.[2] 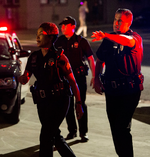 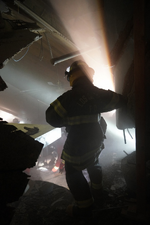 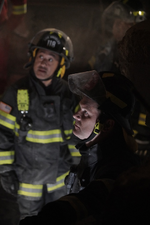 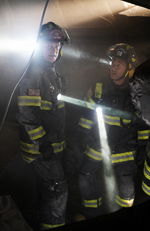